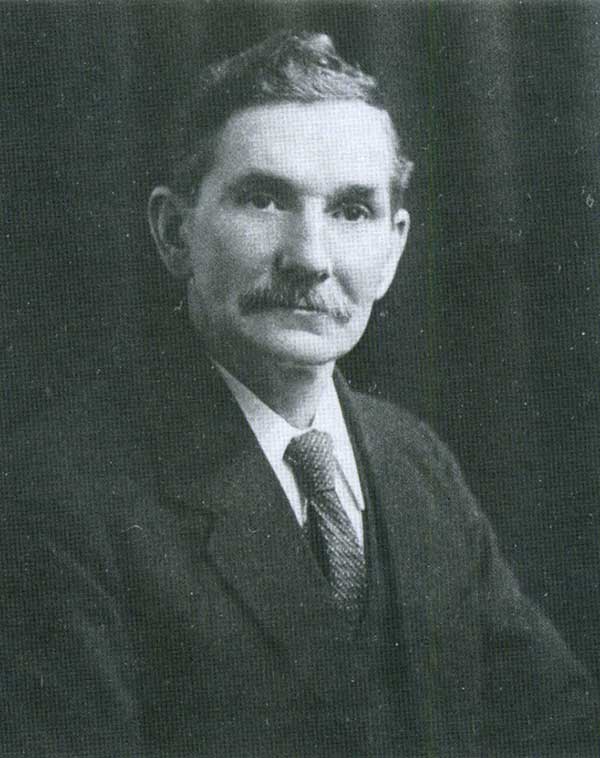 Thomas Coslett Richards, born in 1870, was one of six children of Richard Richards, a stone mason, living in a humble small-holding at Cwm-y-Glo.  Tom is variously described as a gentle and caring man, wise and reflective but yet with such resolute Christian conviction that he steadfastly declined promotion at the Fairwood Tinplate Works at Gowerton because it involved him working on the Sabbath.

He was certainly a most purposeful man, with a compulsion to be involved in all aspects of living.  In addition to his lifelong passion for choral singing, he founded and directed the Ebenezer Dramatic Society, was a fleet wing three-quarter in the Dunvant XV and a dedicated member of the Church Diaconate.  In 1895 at the age of 25 he, with assistance from Abraham Bevan and John Owen Thomas, founded the Ebenezer Male Voice Choir, capitalising on all his previous achievements by becoming its first official conductor, a post he was to occupy for the next quarter of a century.

Ebenezer Chapel was more than a spiritual home to Tom Richards, it was his workshop, a hallowed place, that nightly served the cultural, social and religious needs of the community.  His chapel, revered as a place of worship, was also the centre of the village music and drama.  Some of the older villagers still vividly recall his Ebenezer productions of “Uncles Tom’s Cabin”, “The Great Experiment”, “Caractacus”, “The Poacher”, “The Flooded Mine”, “The Bishop’s Candlesticks” and “The Glen is Mine”.  It also provided the setting for oratorios and male Choir concerts.  In later years some controversy amongst the Chapel membership arose on the range and nature of activities accommodated in the newly refurbished chapel.  Tom, in the face of pious criticism, steadfastly held to his belief and stoutly defended the losing cause – the reconciliation of the spiritual and secular within the confines of the chapel.