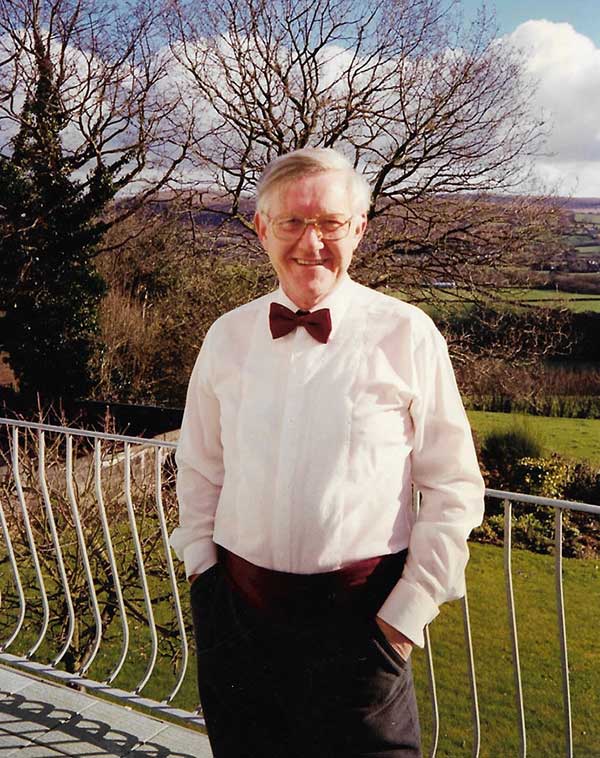 T. Arwyn Walters began his musical career as a violinist with the National Youth Orchestra of Wales, an experience which has given him a lasting respect for the musical expression demanded by composers.

A native of Pontlliw, he became conductor of Dunvant Male Choir in 1970 and brought an extra dimension of high quality, discipline and musicianship to the choir. Under his brilliant direction, the Choir won every choral competition option to male choirs in Wales.

Shy before strangers, he would rather die than speak to an audience in public; yet in rehearsal, Arwyn was a diplomat of charm, warmth, wit and eloquence, for which the choir has the deepest admiration and affection.

In the words of the critics, “He combines a mesmeric mastery of deep musical intensity with a relaxed on-stage conducting style, which brings the very best out of some of Wales’ most refined choral singers.”

All that talent in one person would have been insufferable but for the fact he can’t sing. He was reputed to have said that he would have traded it all to pass a voice test for the top tenors.