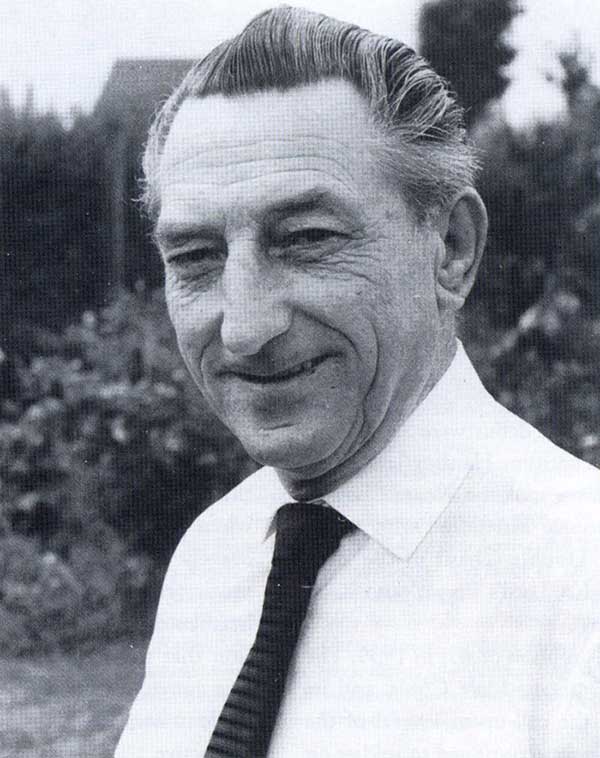 Although very much and adopted son of the village of Dunvant, Ambrose Miles was a native of Pontarddulais, the other village with an excellent male choir.  He was born in 1906 in Oakfield Street, near Capel Siloh and the Bont Rugby Club, two interests which occupied Ambrose’s energy all his life.  He was the youngest of 15 children, 10 boys and 5 girls, 13 of whom survived infancy and lived to a ripe old age. He was also the piano teacher of our very own accompanist, Tony Phipps.

His father, John Miles, came from farming stock from Cwmcerdinen and his mother, Mary Jane Evans, from a family of butchers and graziers in Ammanford.  Mary Jane Miles died early and so the youngest siblings were placed with their older sisters.  Ambrose went to Garnswllt where he took his first piano lessons with Harri Richards, LTCL, the organist at Capel-y-Noddfa.  He later returned to the Bont and attended the elementary school there until he was 14.  After leaving school, Ambrose worked for a while on a farm in Cwmcerdinen and also, later, at Panyffynnon Colliery for two years.  On returning once more to the Bont, Ambrose became a conductor (of the other sort) on the old Enterprise buses.

His musical education continued apace with piano lessons under Arthur Davies, LRAM a musician from Bettws.  The young hopeful travelled for his once weekly lessons on the beautiful Central Wales line.  It was while he was with Arthur Davies that they both went to but Ambrose’s first and only piano – a magnificent Collard and Collard costing the then princely sum of 86 guineas, £89.25.  The piano resided in the middle room of the Killan Road home until Ambrose’s death.  Ambrose took his ALCM with Arthur Davies and was preparing to take his licentiateship when his teacher suddenly died.  He ceased lessons then and never resumed.